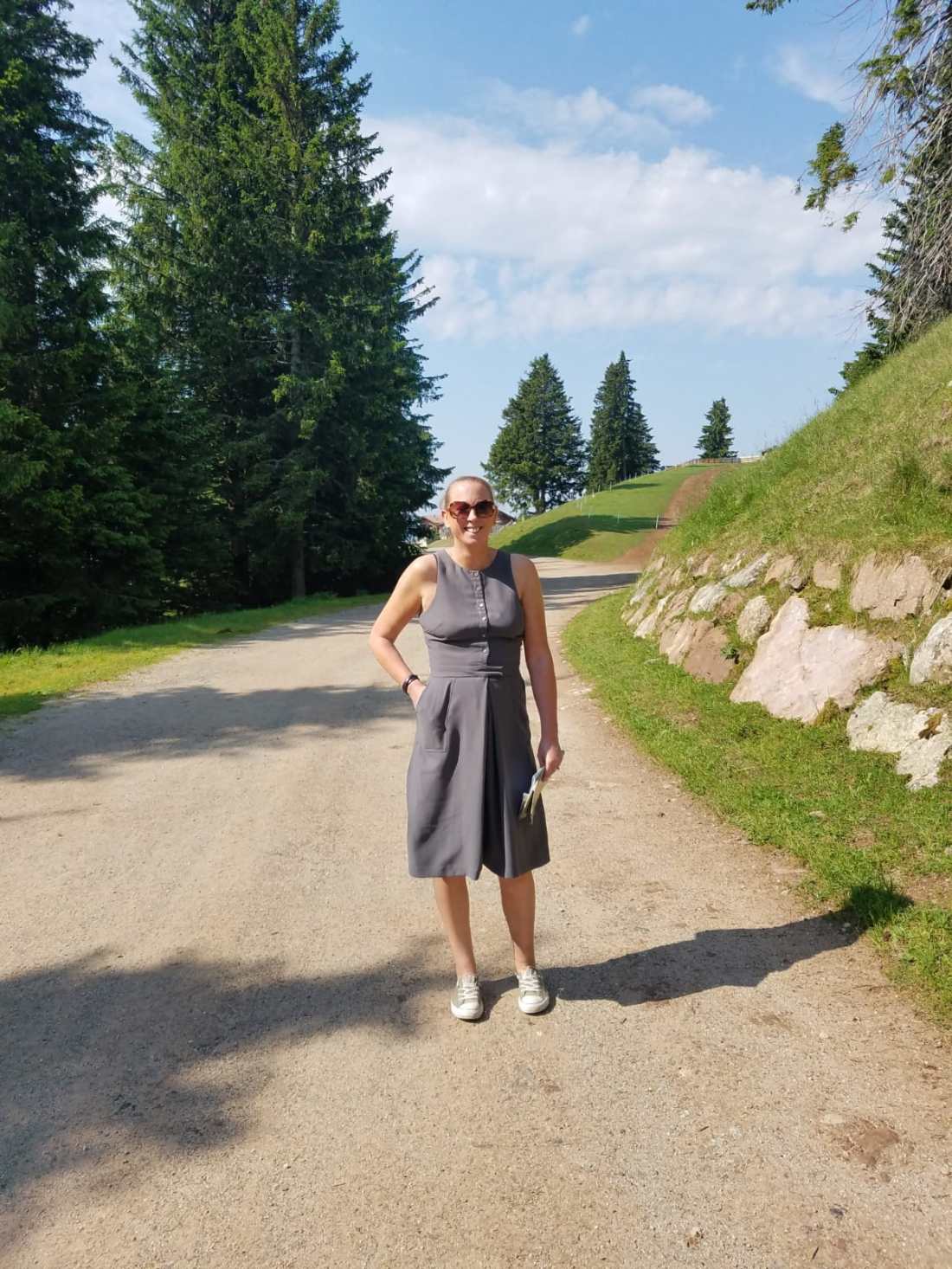 These few days were one of the highlights (and there were many!) of our Northern Italian adventure. We stayed in the tiny, sleepy village of Voran high up in the mountains. The view from our Airbnb was very ‘Sound of Music’ and you could hear the tinkling of the tin bells around the cows’ necks echoing throughout the valley. The air was crisp and fresh and the people were super friendly. This was the view from our Airbnb front door. 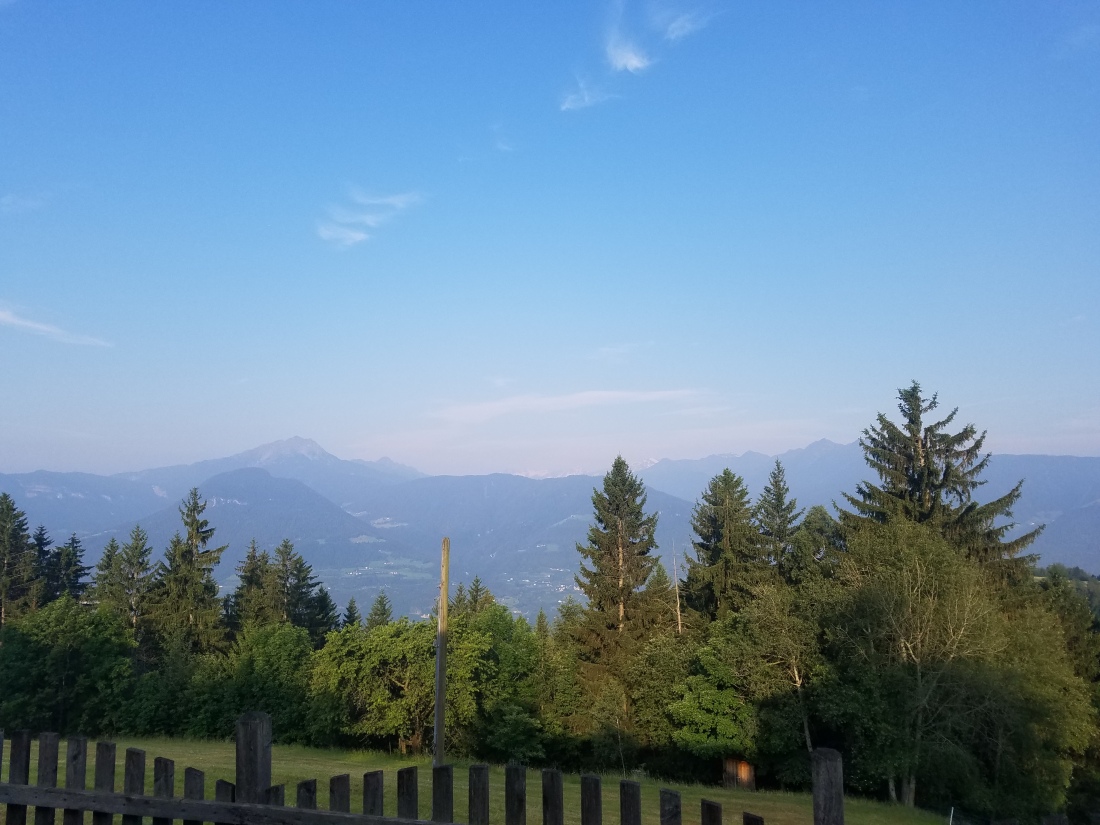 When we woke up on morning one, we decided to venture in to the nearby town of Merano and take the cable car up to the ski resort. I wasn’t quite prepared for how high up we would be hoisted, supported by a piece of wire! 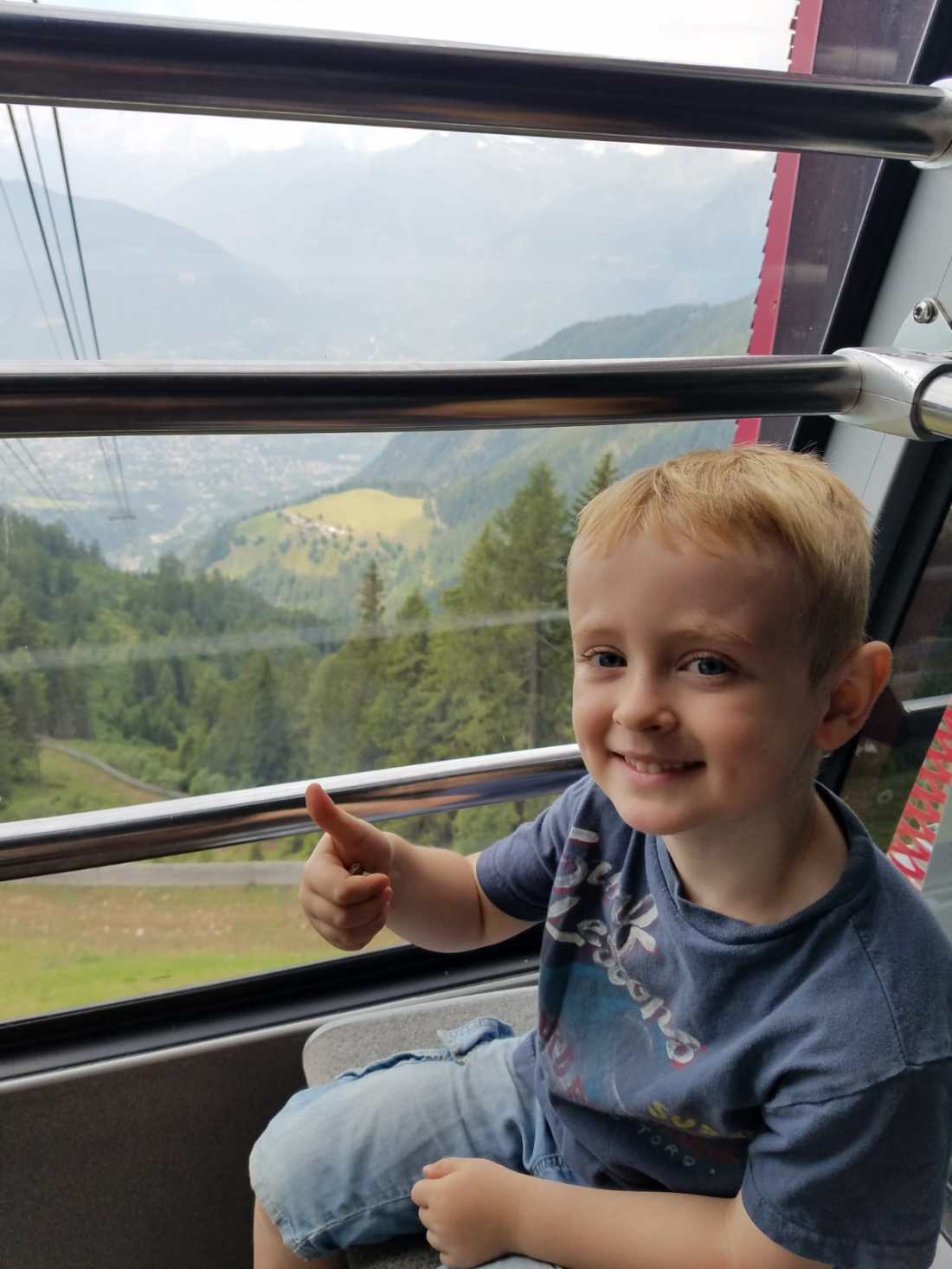 There are a ton of hikes you can take at the foot of the resort. And many bell tinkling cows joining us along the way. 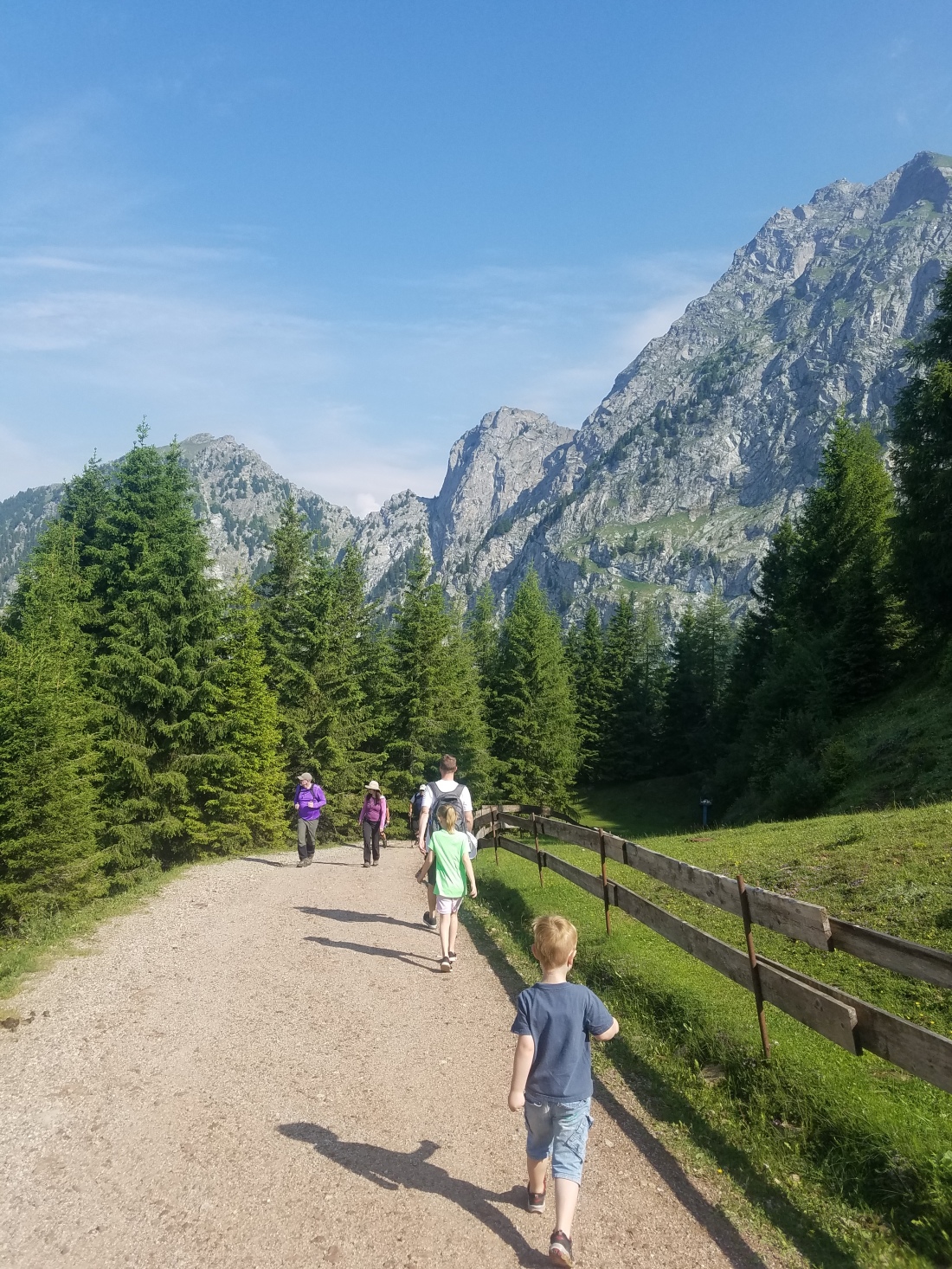 We actually kind of ended up going nowhere on our one hour hike as I took us on the wrong trail. So to appease the ever growing moan coming from the five and seven year old, Wyatt decided to take them on the toboggan ride at the ski resort. And It. Was. Awesome!! My photos don’t show the half of it. Alpine Bob is one of the longest toboggan runs in Italy and flies down the side of the mountain for 1.1km. Wyatt and the kids were stolked! I could hear Ro’s screams floating up the mountain long after she had passed me.

We were pretty ravenous after our adventure up to the ski resort and our usual google search of cheap eats in Merano revealed Restaurant Pizzeria Mosl might do the job.

OMG! THE best pizza we have ever had! We sat on the terrace and feasted. The vibe was an Austrian, German, Italian mix. We left with very happy bellies. 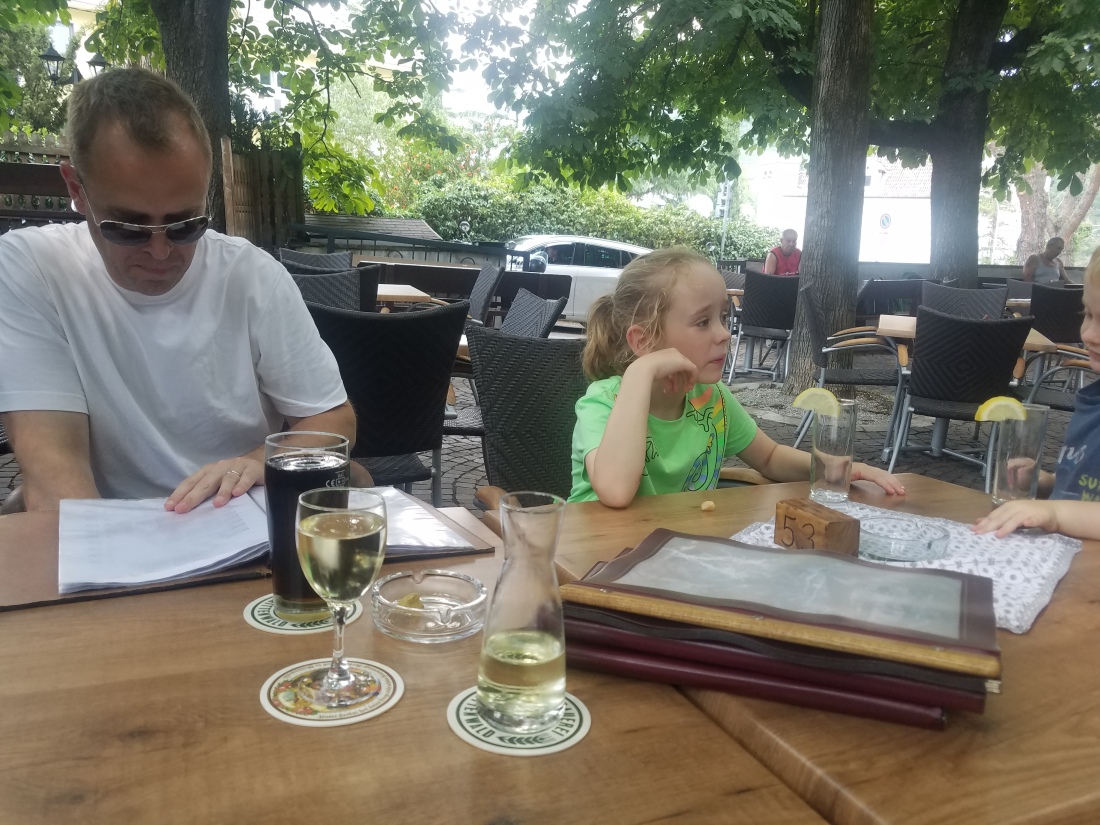 The next morning we decided to check out Terme Merano. This is a 50,000 square meter park made up of indoor and outdoor pools all of varying temperatures, thermal baths and a small pool where the current pushes you in a forced circle. The idea is a haven of relaxation in nature. As any parent knows, taking two kids to a large swimming pool complex is not exactly what I would call relaxing! In fairness, we all had a great time.

The sprinkling rain started to clear the park out and we heeded the locals and decided to pack it in after two hours. 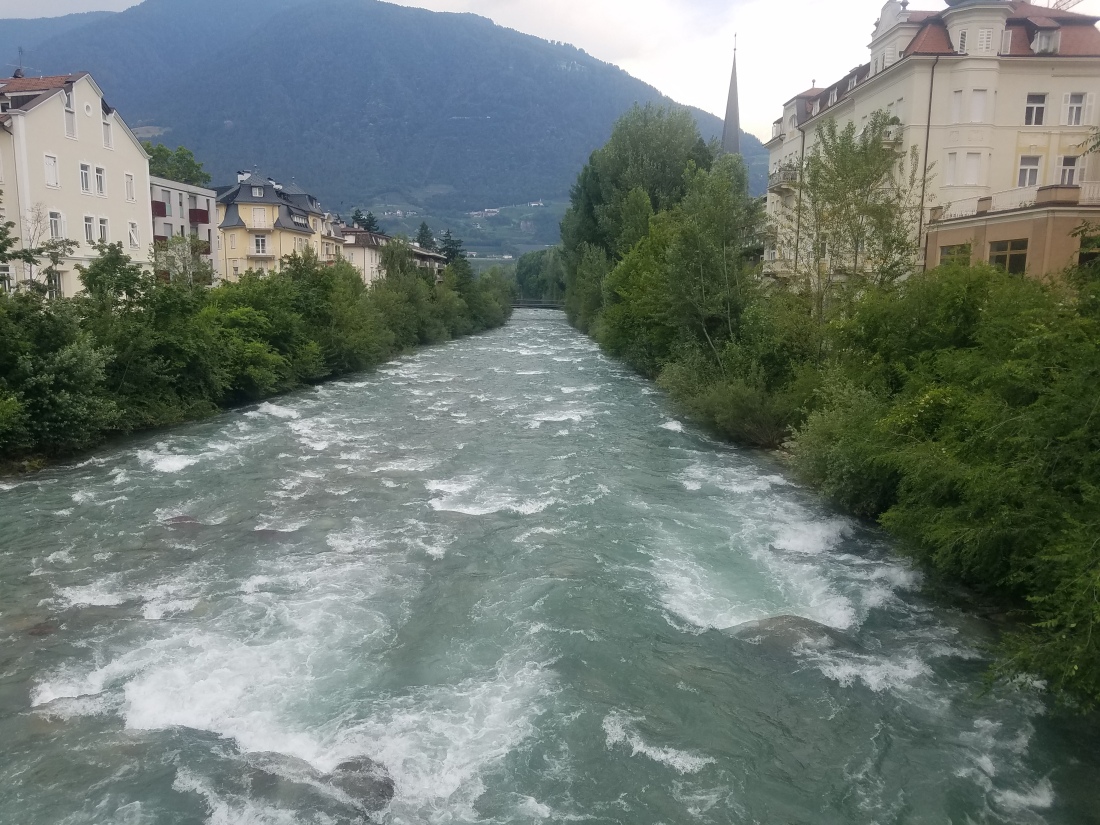 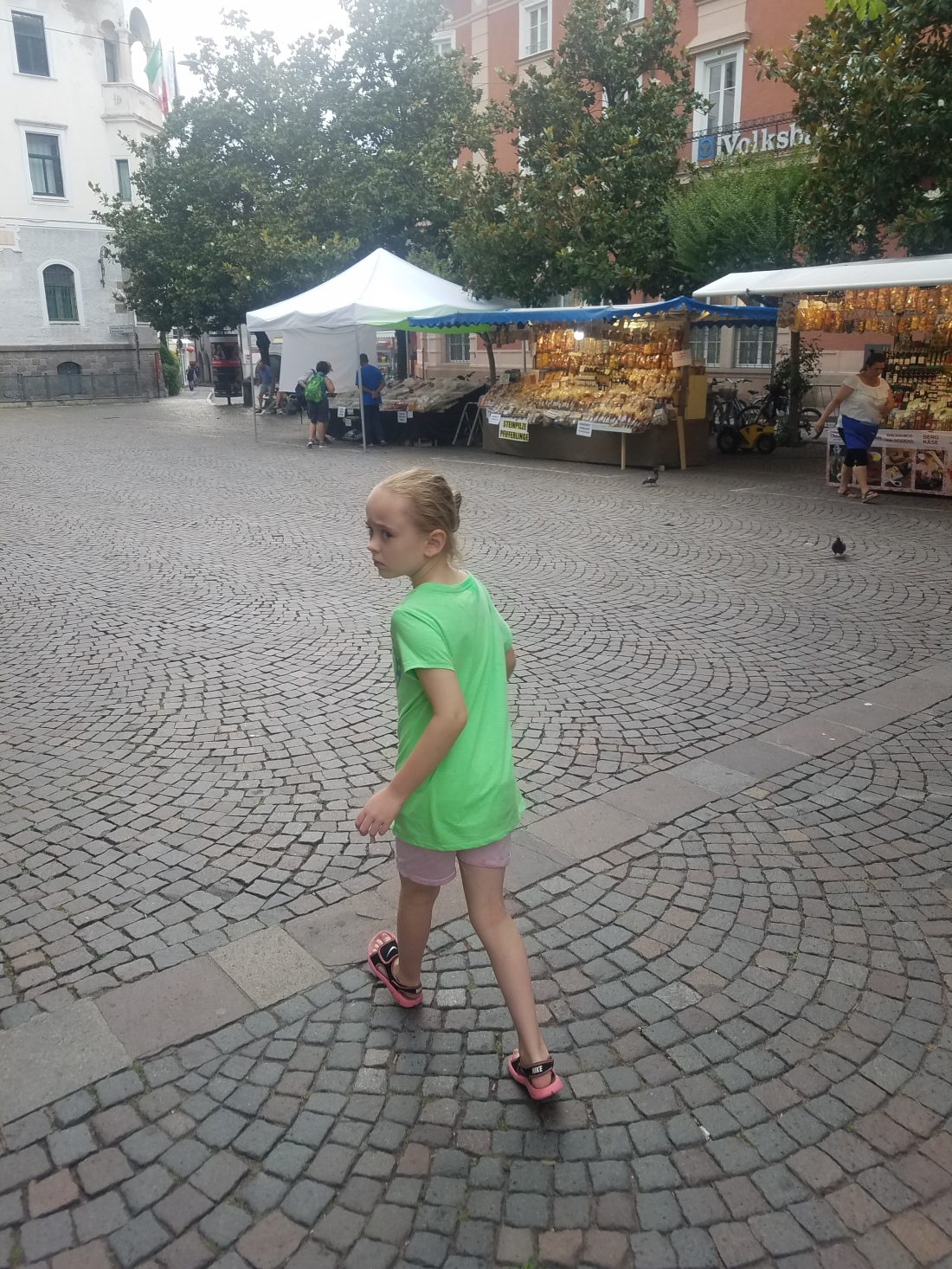 On the car ride back up the mountain to Voran, we encountered some of the biggest hailstones I have ever seen. It was actually dangerous driving in it as visibility was basically zero. And then the thunder and lightning started. The kiddos spent the evening storm watching by the open door of our Airbnb. The video does not catch it but the storm was right on top of us and the thunder shook the ground. It was pretty spectacular.

The next morning the skies were crystal blue and the air was crisp. We said goodbye to our beautiful little Italian Alps cabin and started the journey to our next destination- Venice! 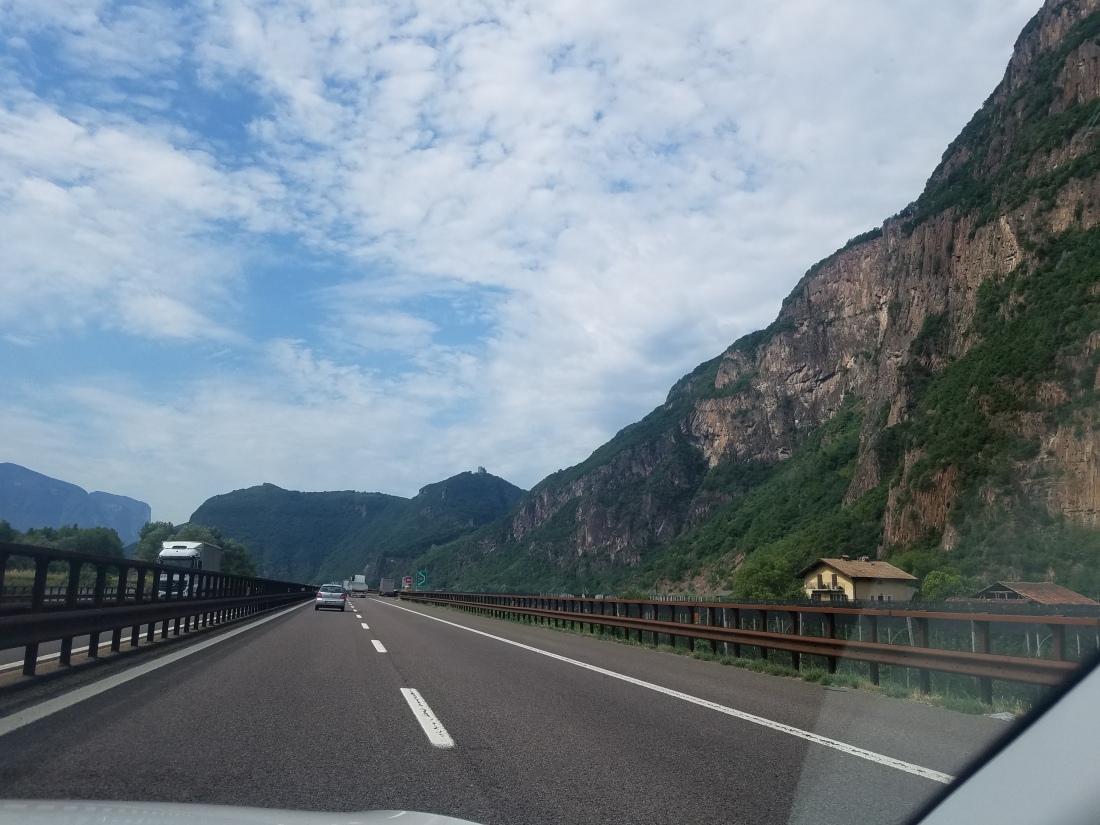