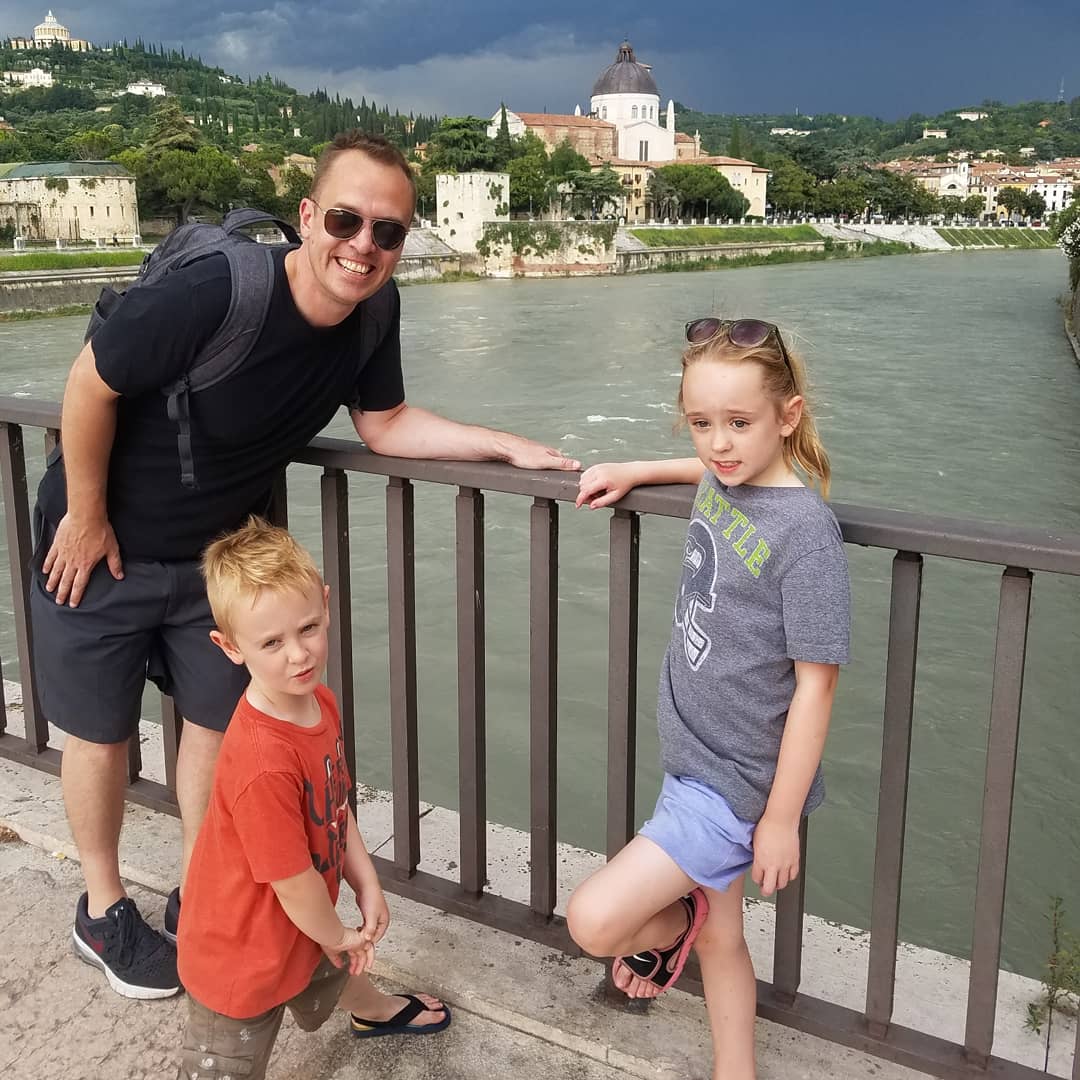 Early 2000’s Claire Danes and Leo Di Caprio made me absolutely fall in love with Romeo and Juliet. So a visit to Verona was a no- brainer. And it did not disappoint.

Our Airbnb was just outside the bridge, Ponte Pietra, that leads into the pedestrianized center. 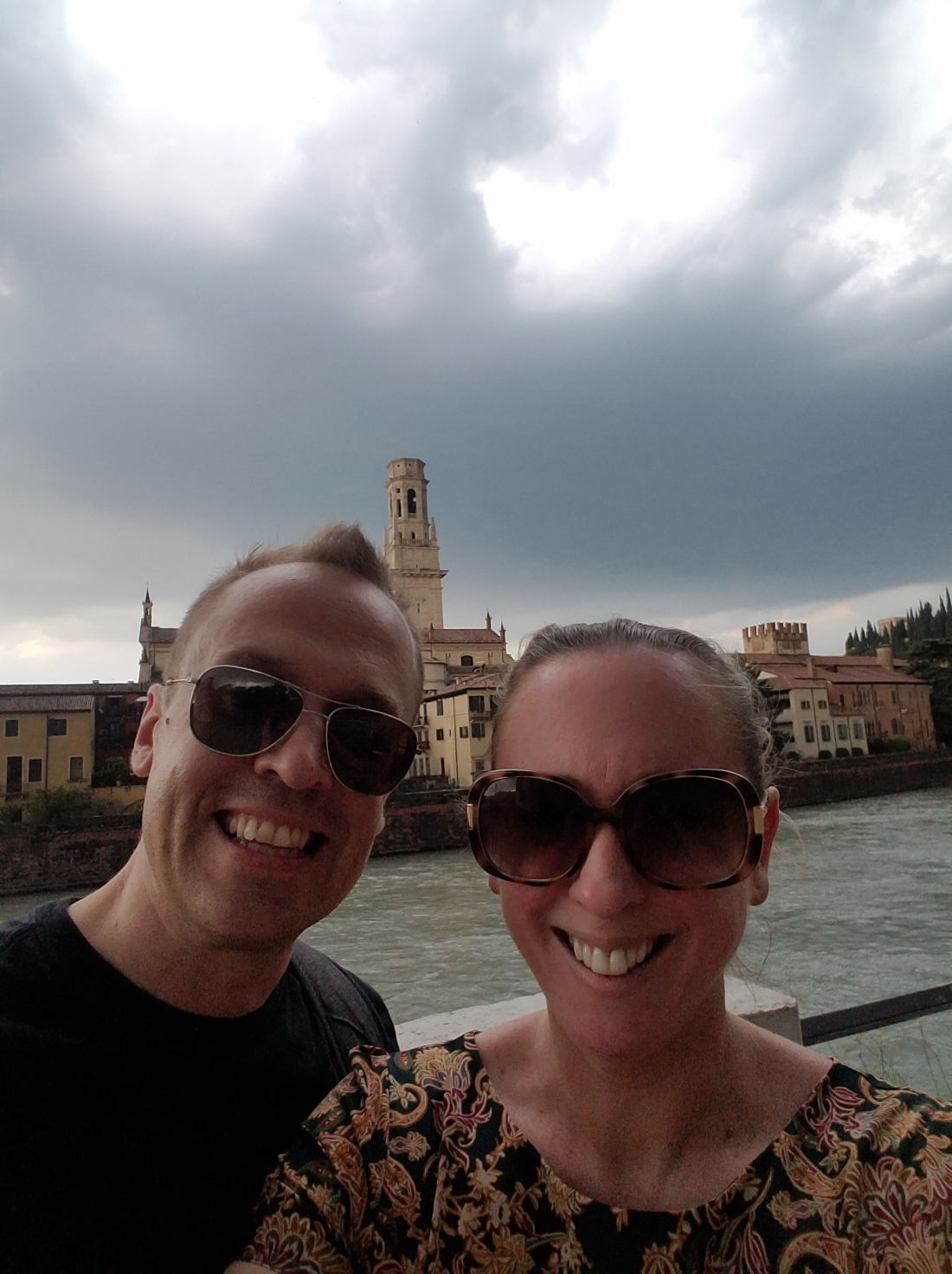 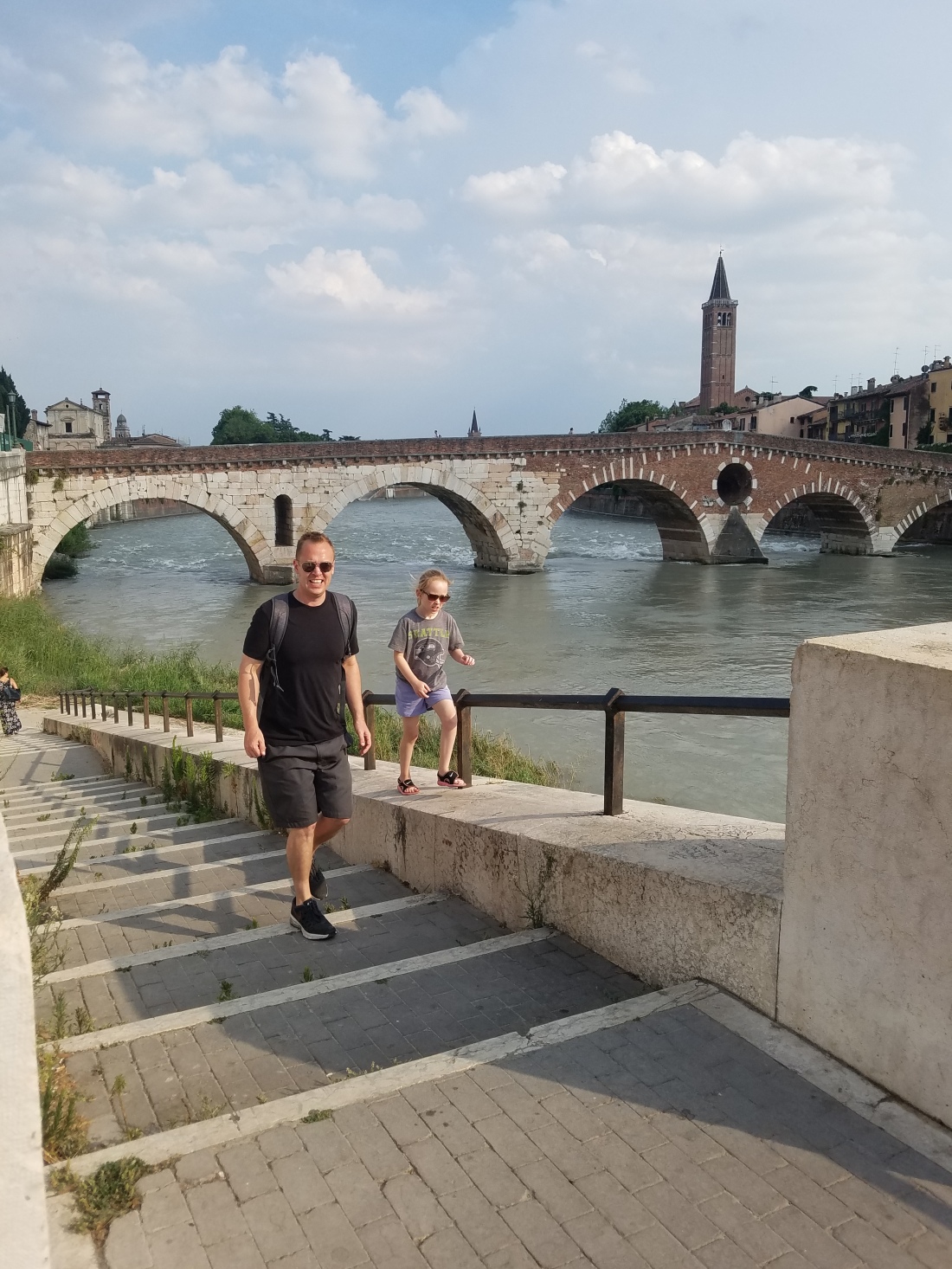 Our first port of call was the awesome Roman Amphitheater known as the Verona Arena. 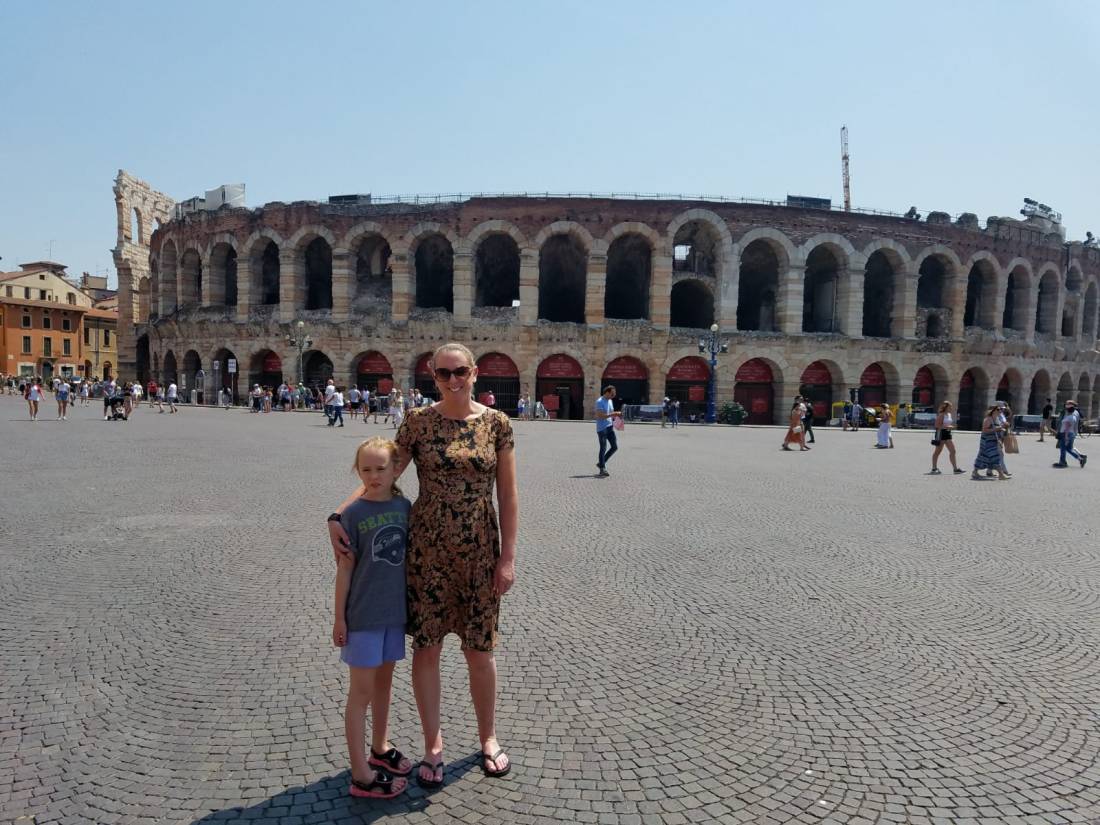 From there, one of the first (obvious) things on the checklist was a visit to Juliet’s balcony. We passed the Torre dei Lomberti along the way. It’s supposed to have amazing views from the top. I have a fear of heights when my two smalls are with me so we declined the climb. There’s a cool outdoor market at the base of the tower. 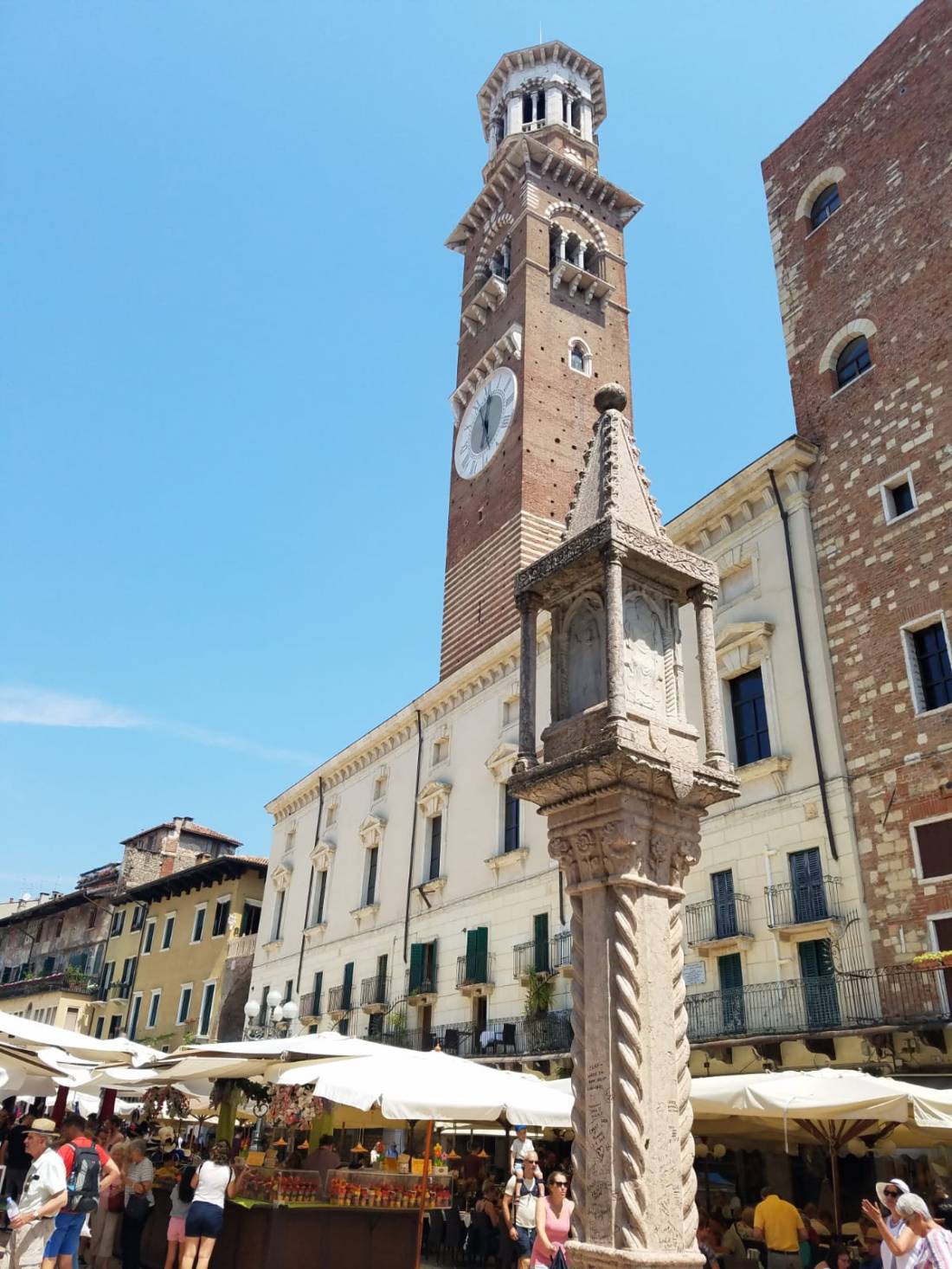 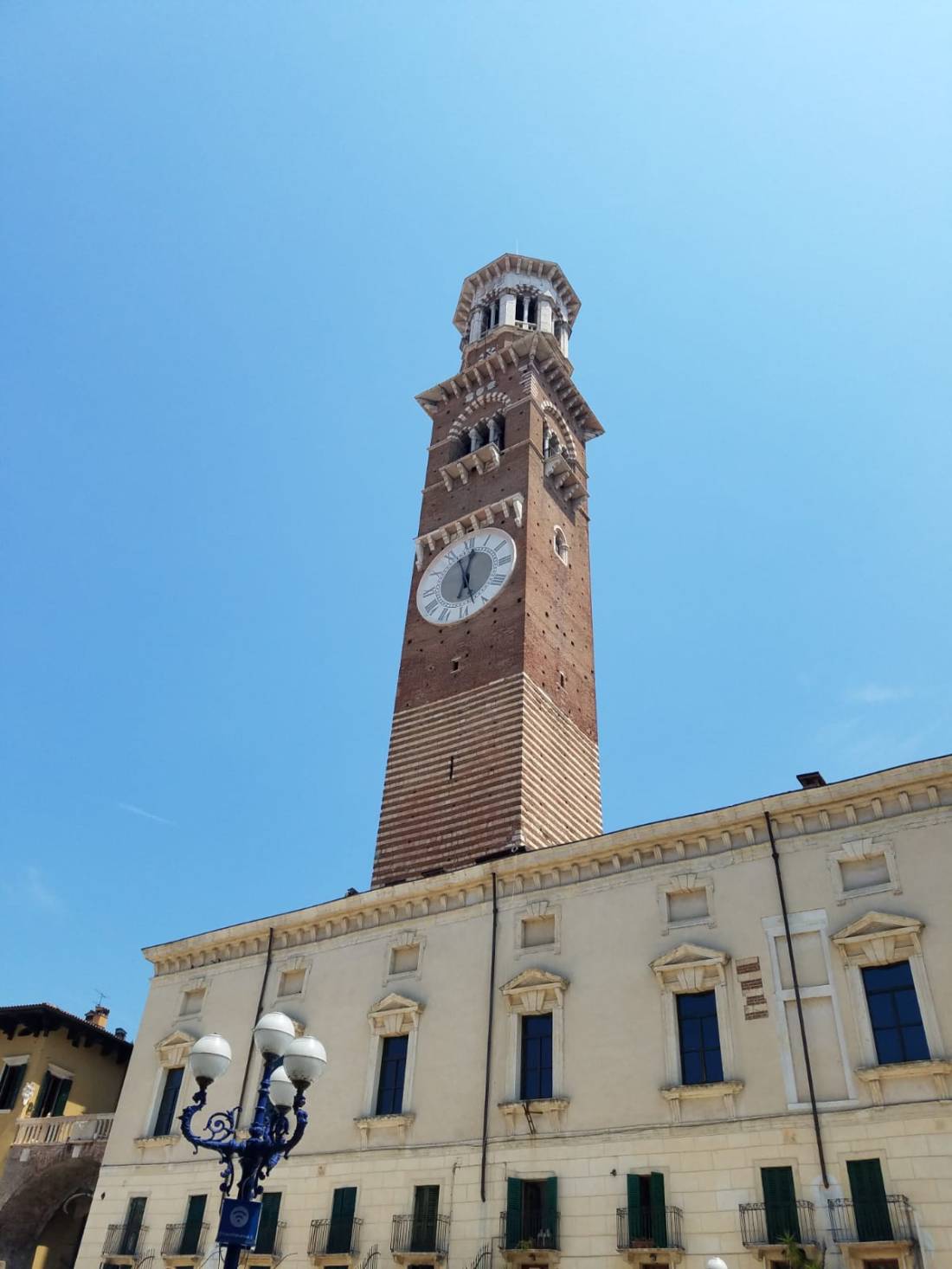 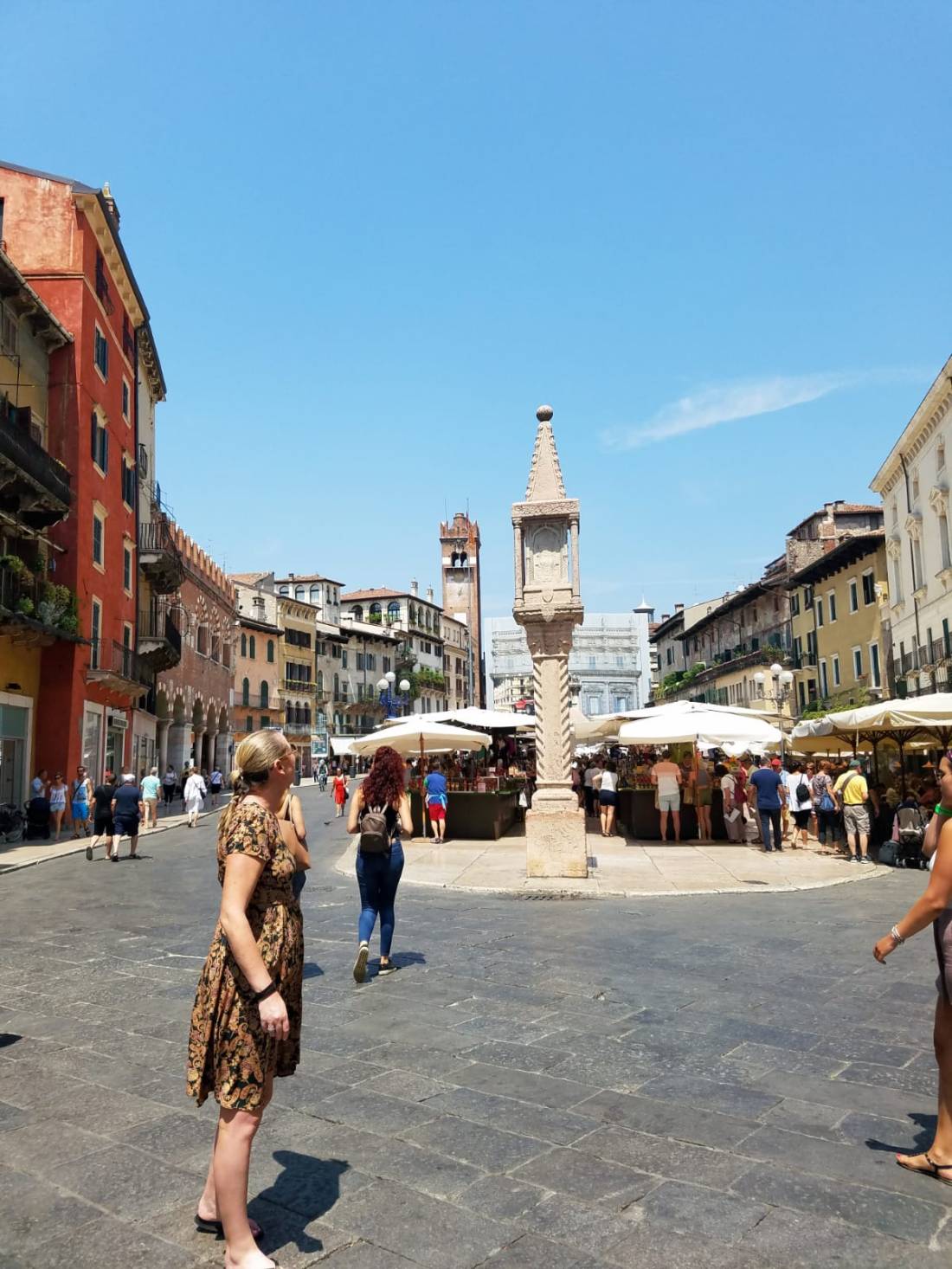 As expected, Juliet’s courtyard was heaving with people. So we snapped some pics of the love note laden wall and the famous balcony and got out of there.

Next up- the tucked away, much less visited Romeo’s house. Wyatt questioned how it was Romeo’s house if Romeo was a fictional Shakespearean character. I’m going to assume that Romeo and Juliet was based on two well known Veronian families and this was the house of one of the families?….

Ponte de Scaligero is another iconic bridge in Verona and we took a bit of a trek outside the town to take in the view. 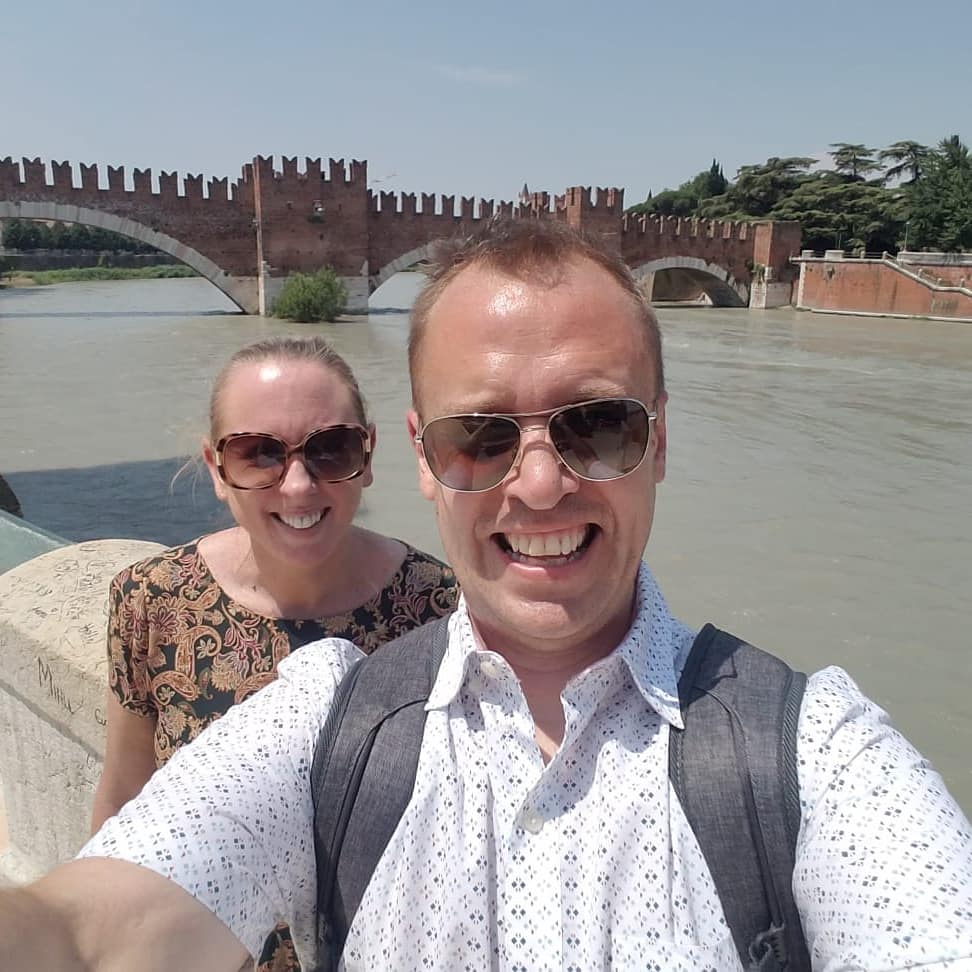 At this stage, the heat was starting to get to us all, so we decided to head back to the center for a much needed ice cream break. On the way, we passed some cool statues…. 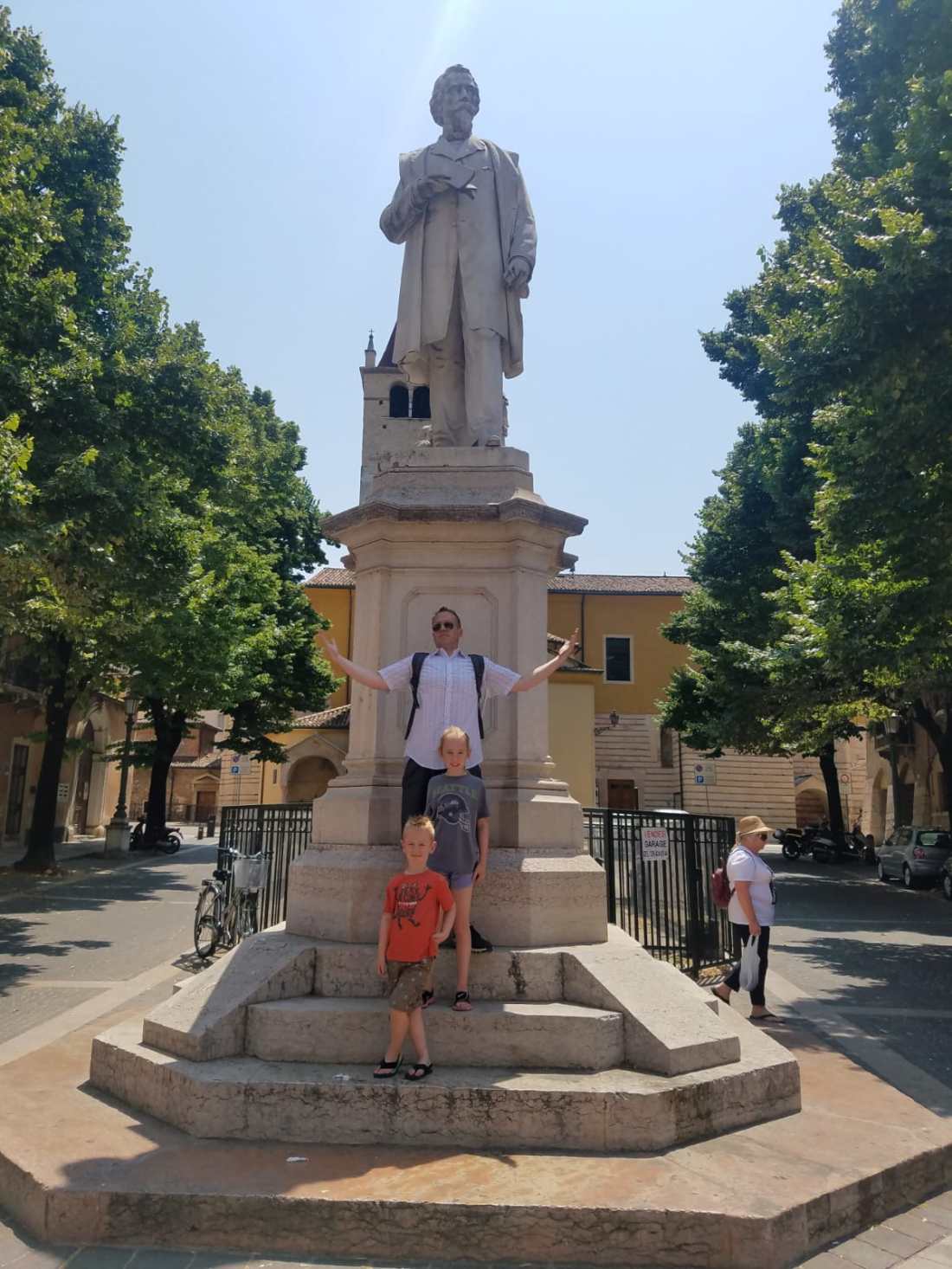 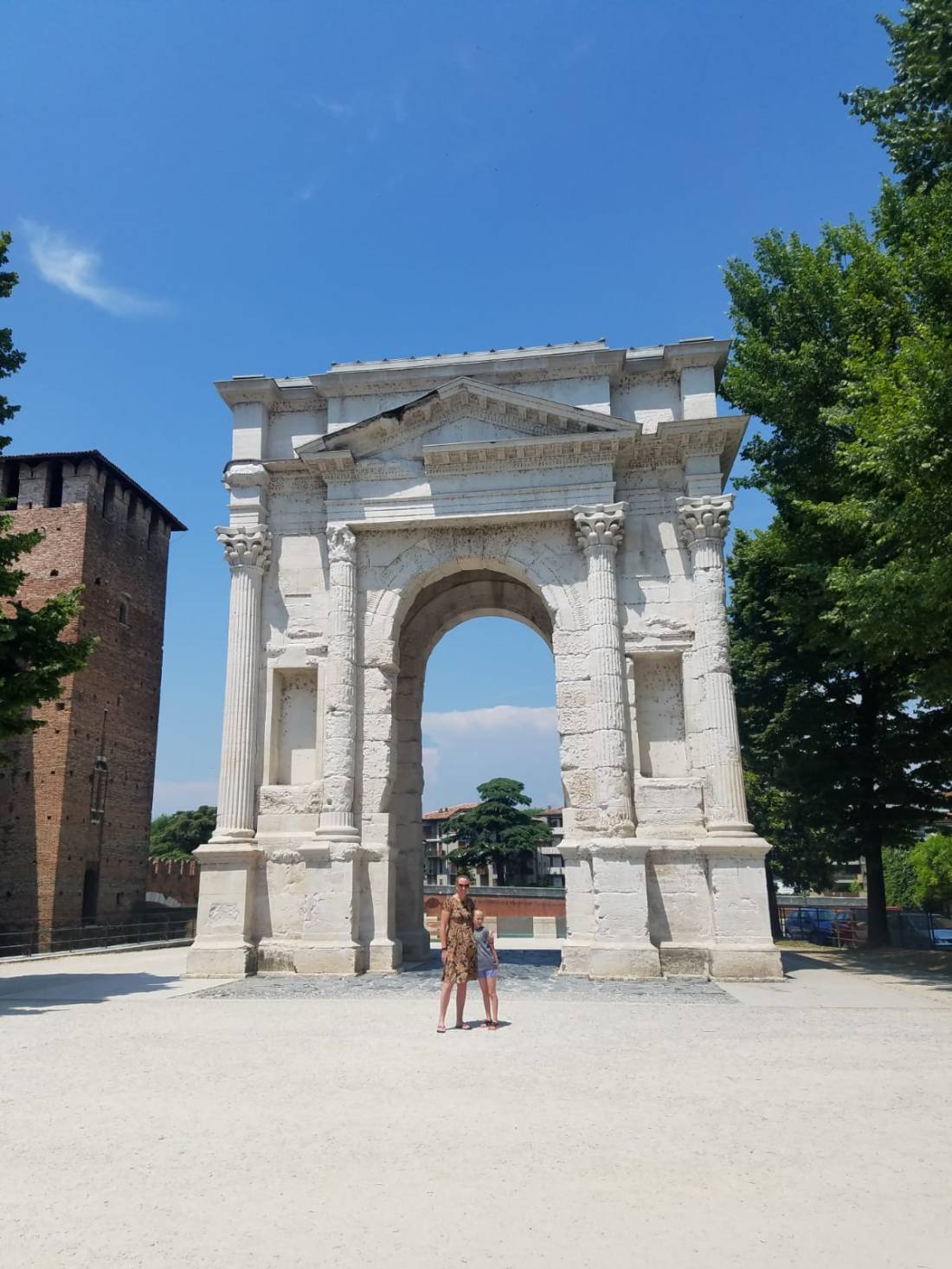 ….through one of the entrance arches in to the city…… 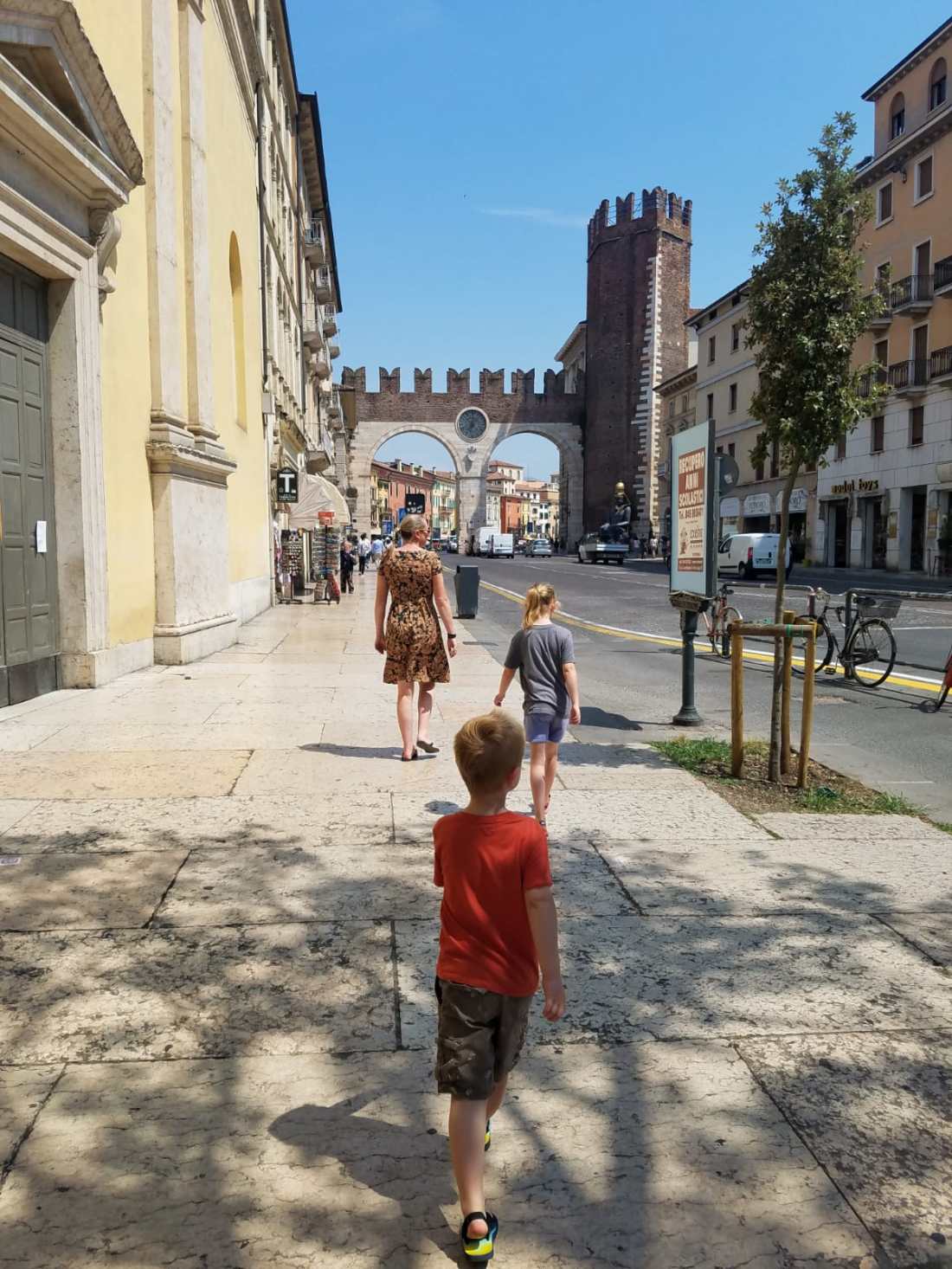 …..and some beautiful Roman fountains. 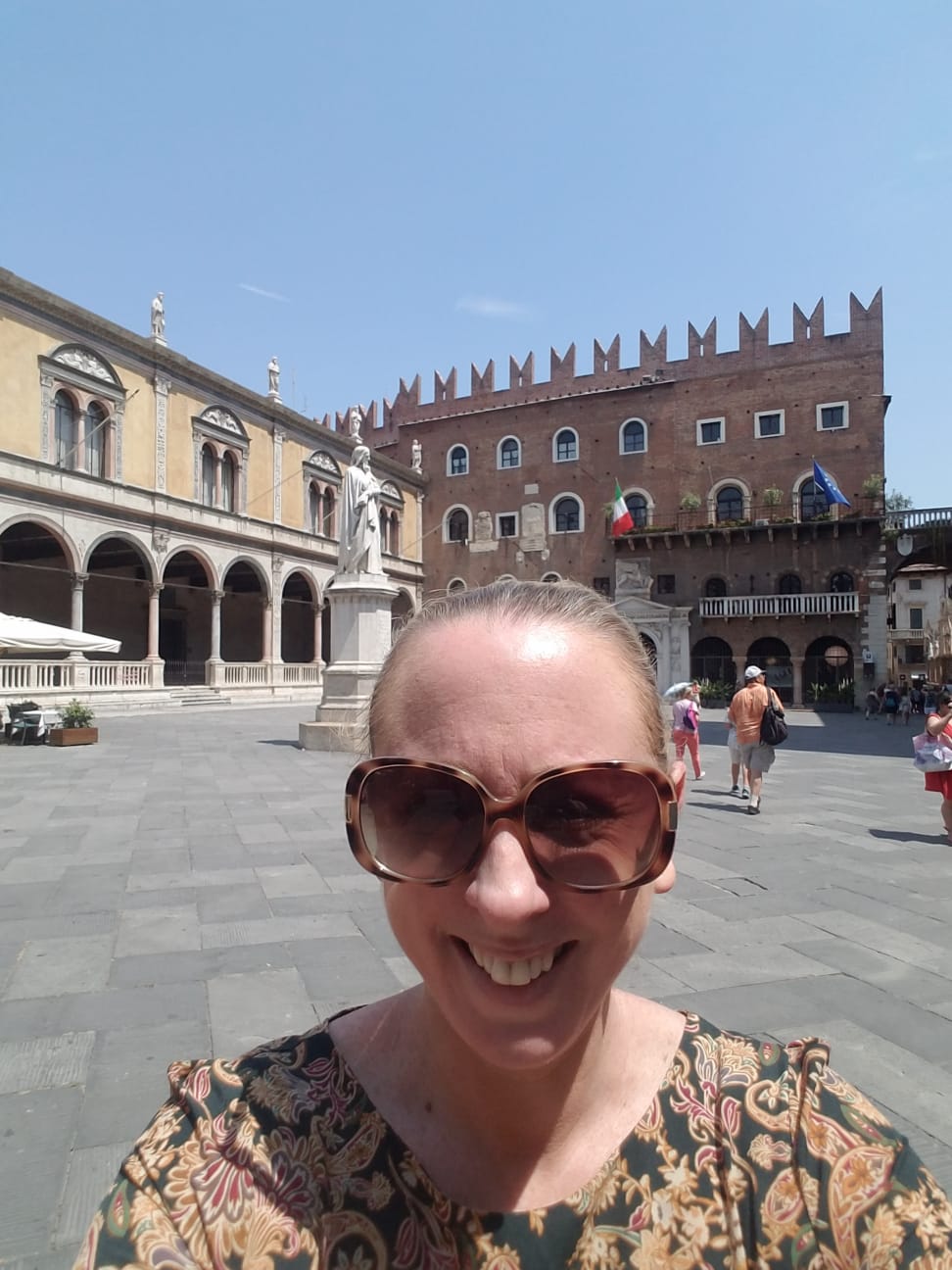 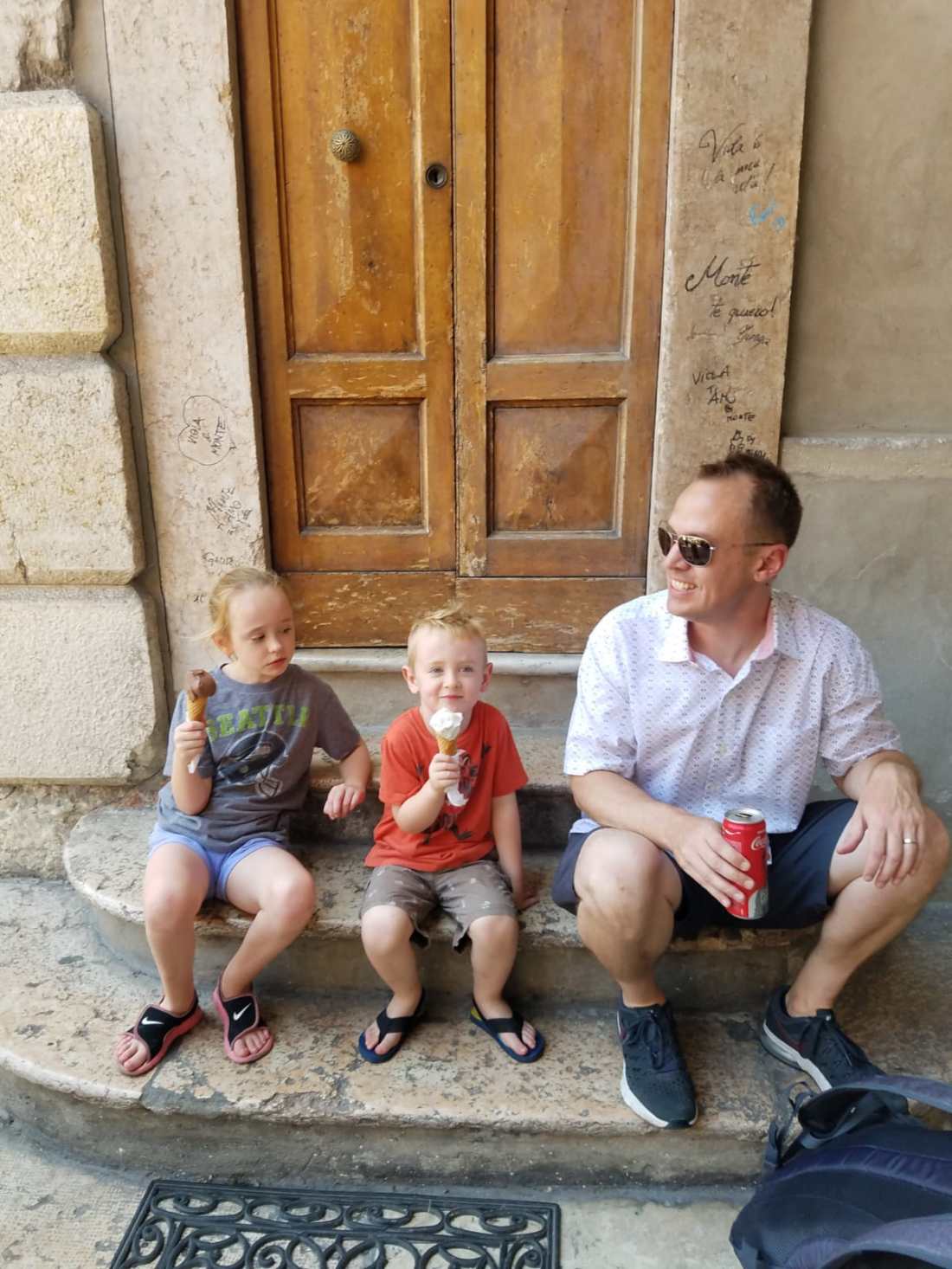 We also discovered the Scaliger Tombs where one of the most influential families of Verona during the 13th and 14th centuries is buried. 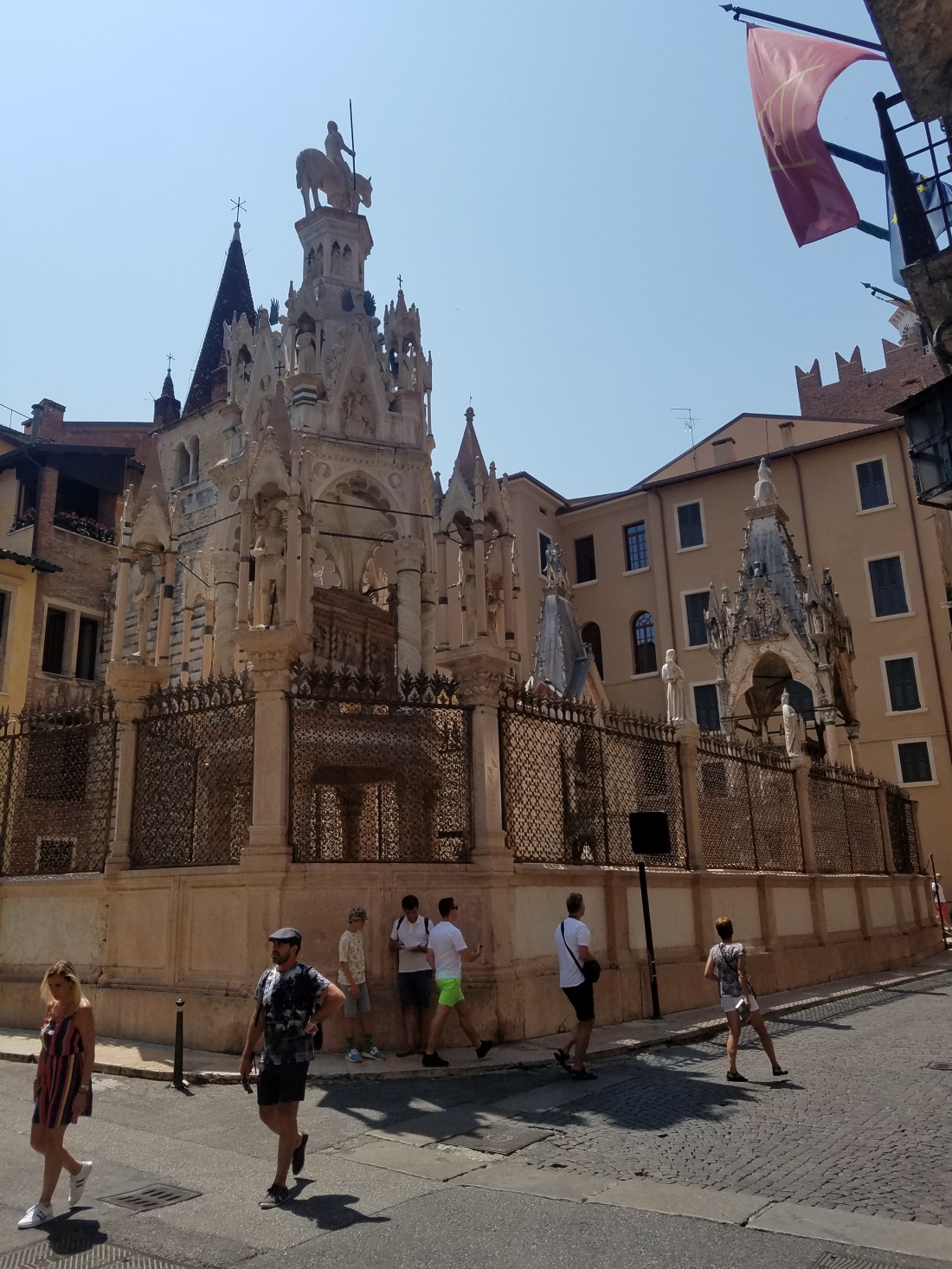 As the evening and the clouds rolled in, we decided to call it a day. Verona captured our hearts- a truly gorgeous city.